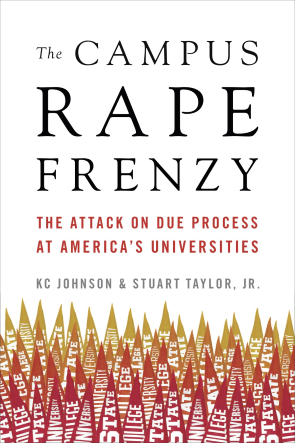 The Campus Rape Frenzy: The Attack on Due Process at America’s Universities

A decade after three Duke lacrosse teammates wrongfully accused of rape were declared innocent, America’s universities have been gripped by a politicized campus rape panic that now threatens our nation’s commitment to civil liberties and fundamental due-process rights.

“A sterling and incisive work, written with passion and wit, that goes to the heart of the most insidious assault on justice and reason, ever to afflict the nation’s campuses.” 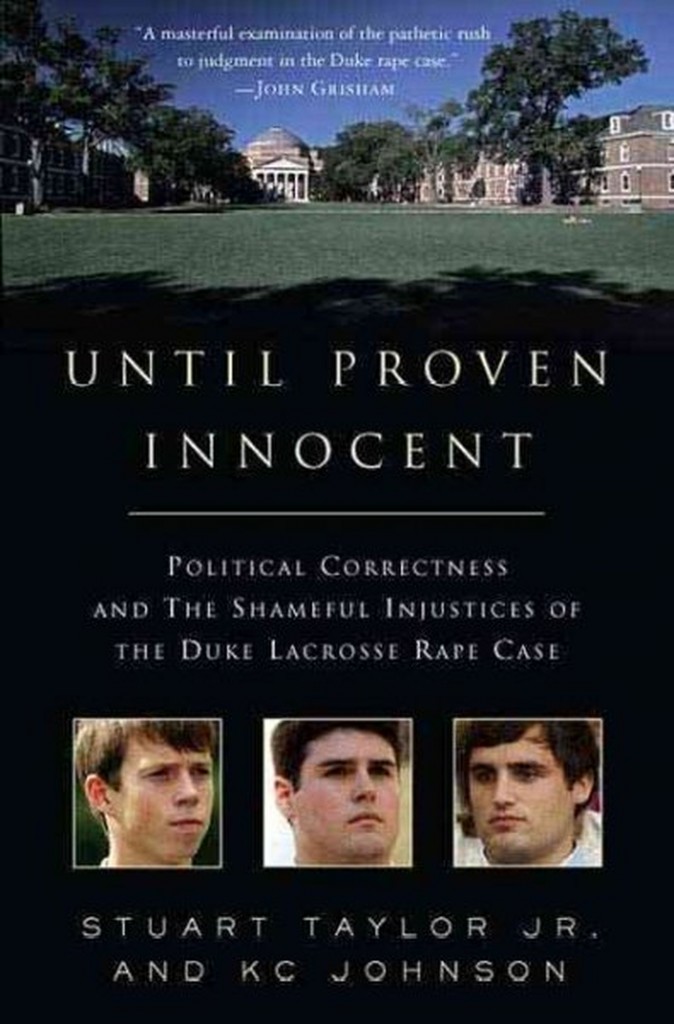 “Brutally honest, unflinching, exhaustively researched, and compulsively readable, Until Proven Innocent excoriates those who led the stampede — the prosecutor, the cops, the media — but it also exposes the cowardice of Duke’s administration and faculty. Until Proven Innocent smothers any lingering doubts that in this country the presumption of innocence is dead, dead, dead.” –John Grisham 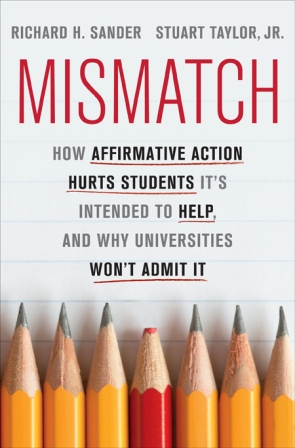 How Affirmative Action Hurts Students It’s Intended to Help, and Why Universities Won’t Admit It

Richard Sander and Stuart Taylor present compelling evidence of the failure of our current affirmative action policies through stunning, previously unpublicized admissions and academic performance data from colleges and universities around the country and interviews with black and Hispanic administrators and former students.

At the heart of Sander and Taylor’s book is the theory of “mismatch.” They argue that the use of racial preferences in higher education puts students in academic situations where the odds are stacked against them from the beginning.

Timothy Keiderling’s decision to enroll in the Princeton Theological Seminary reflected his commitment “to give my life to work for justice and to live out the values of the Kingdom of God.” In a letter to the seminary’s president, Craig Barnes, he wrote that he “would sacrifice anything to make sure that my brothers and sisters see relief from their oppression.” But the seminary’s concept of justice clashed with Keiderling’s conscience when PTS required him to attend “anti-racism” training sessions that he considered a form of indoctrination. He refused to participate in the sessions even after being reminded that they […]

Lhamon’s nomination is a threat to the new rules and culture of fairness. She will roll back due process protections in college sexual assault cases.   It is now so common in Washington to oppose even a president’s lower-level nominees that no one takes such opposition seriously anymore. It’s just more partisan background noise. The problem with crying “wolf,” of course, is that when the wolf finally comes, no one listens. Now, however, the wolf is at the door. Her name is Catherine Lhamon, and she is being nominated to retake her old job – head of the Education Department’s Office for Civil […]

Free speech is very much in today’s headlines, especially with the outraged demands for technology companies to banish — or not — from their platforms speech they consider incitements to violence or hateful. But the greater danger may be the hostility within our colleges and universities to the free speech and academic freedom of faculty and students, and even alumni, who dissent from the views dominant on campuses today.

President-elect Biden and his team are preparing to bring what he has called a “quick end” to the new rules requiring fair, nondiscriminatory campus procedures for students accused of sexual assault that the Betsy DeVos Education Department issued in May. But the results of a little-noticed but stunning poll suggest that on this issue, Biden is far out of step with the electorate, not to mention the courts and fundamental fairness. In one major survey, 68% of the 2,532 Americans polled in mid-November by YouGov agreed that “students accused of crimes on college campuses should receive the same civil liberties […]

The American Civil Liberties Union has been deservedly criticized for its May 14 lawsuit indirectly attacking the civil liberties of students accused of sexual assault, who have since 2011 been subjected to grotesquely unfair campus proceedings that effectively presume their guilt. It’s true, as the ACLU claims — after years of shameful silence during the Obama administration campaign to force (all too willing) universities to rig their processes against accused males – that its lawsuit against the Betsy DeVos Education Department does not directly attack all of the procedural-fairness reforms in its recently adopted Title IX rules.

Joe Biden and the Democratic Party have suddenly come to realize that their previously professed, reflexive belief in sexual misconduct accusations was the wrong standard. Instead, with the sexual assault allegation against Biden by former staffer Tara Reade now roiling his campaign, the Democrats are saying that the accused as well as the accuser deserve to have their accounts heard and weighed impartially and with “due process,” to borrow from recent statements by House Speaker Nancy Pelosi and others. If this long overdue change is sincere, the Democrats can show it by supporting the pending new Title IX regulations. The […]

Education Secretary Betsy DeVos’ proposed Title IX regulations, which are due to be issued in final form early next year, seek to require colleges that adjudicate claims of sexual assault against their students using some of the same procedures to ensure fairness that have long been treated as fundamental by courts. The most important provisions would require colleges to hold hearings at which a representative of each party has a right to cross-examine witnesses, including the other party, and to provide both students with all evidence gathered in the investigation. But these proposals have generated furious opposition from pro-complainant activists […]